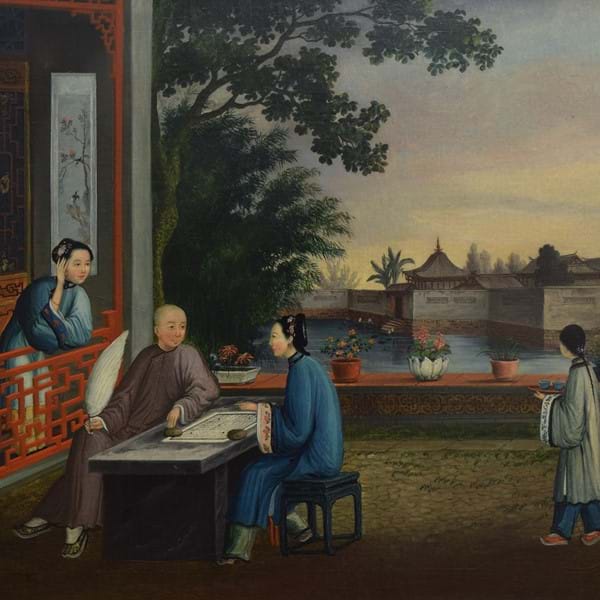 The forthcoming quarterly Fine Art, Antiques and Collectables sale at Clevedon Salerooms on Thursday 12th March is one of the largest and most interesting auctions of recent times. At over 850 lots, the sale covers Jewellery, Watches, Silver, Oriental, Collectors’ Items and Miscellanea, Ceramics and Glass, Pictures, Clocks and Furniture.

Amongst many highlights are a two-stone diamond ring, each stone of approximately 1.4 carats, estimated at £5,000-6,000. There are two further single-stone rings each of over 1 carat. Immediately following, a-quality selection of ‘Objects of Virtue’ includes a rare snuff box dated 1688, as well as a silver visiting-card case enamelled with a foxhound dressed in hunting costume, dated 1889 and named to ‘Rallywood Cleveland’, the fictional name of Lilian Frances Myra Swan, an authoress who released a book on foxhounds in that very year. The case is even engraved to ‘Myra’ within.

The watch section contains a rare early Rolex Oyster ‘Speedking’ circa 1947, estimate £5,000-8,000, being sold free of charge on behalf of a local Cancer charity. Also notable is an Omega ‘Hibou’ wristwatch at £3,000-4,000. A coins and medallions section follows, including a rare Churchill 22ct gold commemorative set totalling almost 150 grams of gold, also at £3,000,4,000. Other highlights include: an 1887 Queen Victoria Golden Jubilee gold four-coin set of £5, £2, sovereign and half sovereign; a gold £50 coin; an 1823 sovereign (the first year of issue) and two Krugerrands.

Aside from the many Victorian and later tea services in the silver section, the more unusual entries are a late 17th century nutmeg grater, a novelty condiment set modelled as owls, and a good single-owner collection of spirit or decanter labels.

The Collectors’ Items section always encompasses a wide variety of antiques, and in this auction there is everything from a 19thcentury Anglo-Indian sewing box (£2,000-3,000) to a monumental pair of bronze lamps, possibly depicting Alfred the Great, at £3,500-4,500. A rare early Mountaineering game, ‘Ascent of Mont Blanc’ circa 1861 is another unusual lot at £2,000-3,000.

A large and high-quality section of Arms, Medals and Militaria contains the sale’s most expensive lot, a fabulous cased pair of pepperbox revolvers by J. R. Cooper. Also noteworthy are a cased pair of 16-bore pistols at £1,250-1,500.

The ceramics section opens with a collection of local Elton ware (Clevedon) pottery. Other good lots in the section include a rare early dated Charles Brannam (Barnstaple) 1879 jar and cover, a single-owner collection of fruit-painted Royal Worcester porcelain, and a superb set of twenty-two William De Morgan ‘Aster’ tiles from a Bristol property (£1,500-2,500).

The sale concludes with Wines and Spirits, which unusually contains a bottle of 1994 Macallan 18 Years whisky at £1000-1,500. A single-owner collection of rare whiskies also features examples from the Scottish Malt Whisky Society. A group of vintage Dom Perignon, Krug and Bollinger champagnes close proceedings, hopefully with a bang!

The sale is already online with every lot illustrated, and viewing takes place Wednesday 11th March 10am-6.30pm as well as morning of sale (Thursday 12th) from 9am before the sale commences at 10.30am.