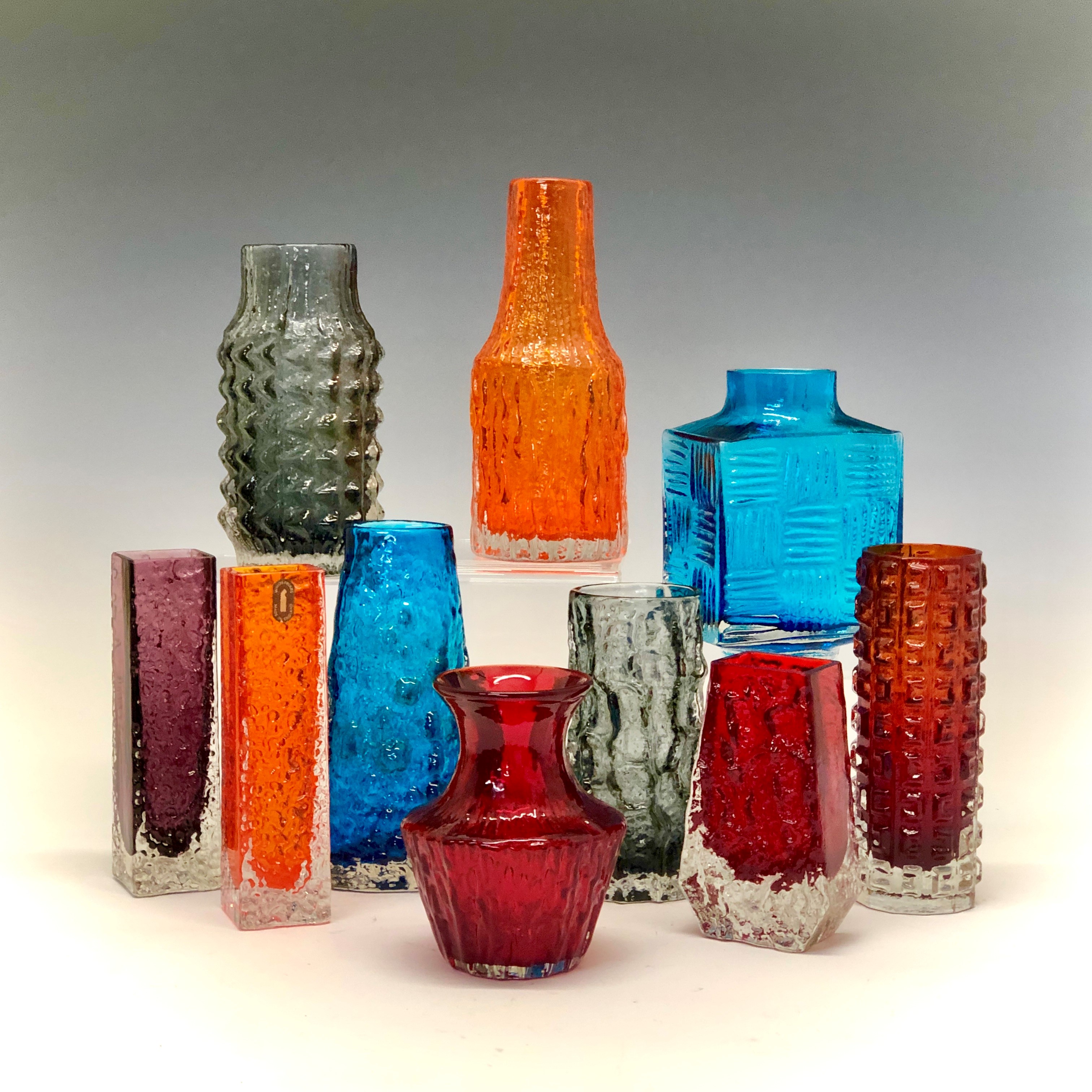 Whitefriars is one name always guaranteed to get collectors hearts-a-flutter. The market for pieces by the London glassworks – especially the coveted “textured” range of coloured glass from the 1960s and ‘70s – is once again on the rise, so high expectations were high for a series of vases in the sale with evocative names like “Volcano”, “Aztec” and “Pinecone”. Leading the charge amongst an array of designs in typical eye-popping colours was a tangerine coloured ‘Drunken Bricklayer’ vase – probably the best known of all Whitefriars patterns – only this time with the unusual feature of having the design reversed – which stole the show at £460. Altogether, the eighteen lots realised over £2,400 [LOT 456]

Evidence of the variety of Clevedon’s Interiors auctions was shown by the day’s top performing lot, a Nikon F6 SLR camera and accessories which hit the high note, selling for £1,000. Also proof – if proof were needed – that you really never know what might appear at public auction – was provided by the second highest price of the day, a Berkel Manual Fly Wheel Meat Slicer and pedestal (no home should be without one). Resplendent in polished chrome and ox blood red enamel, it was clearly amongst what might be termed the Premier League of meat slicers, bidders evidently thought so and it quickly sliced through its estimate, bringing home the bacon to sell for £900 [LOT 816]

The sale commenced as usual with Jewellery, where an Indian unmarked yellow metal bracelet took top price, selling for £580, one better than a 9ct rose gold graduated curb-link watch chain with a 9ct gold oval locket, which sold for £570. A gentleman’s Elgin 14k pocket watch was another of the day’s top performers, selling for £800, whilst an Omega Constellation automatic wristwatch sold for £480. Amongst silver, highest price was for a group of Fiddle pattern flatware, which outshone its estimate to sell for £520, a George V three-piece tea set sold for £390, whilst two pairs of silver mounted whisky noggins did remarkably well, selling for £320. Amongst an interesting selection in the Ceramics section the highest price was for a Royal Crown Derby Imari pattern tea service, which left its estimate standing to sell for £380. Top of the tree amongst furniture was a set of seven good quality modern Windsor chairs, together with a farmhouse-style refectory dining table which quickly rose above its estimate to sell for £850. Also performing well, a Duresta three-seat sofa which sold for £350, a pair of early 19th century glazed bookcase sections confounded all expectations to sell for £340 and – bringing a celestial note to proceedings – a pair of large gilt metal cherub centrepieces sold for £320 [LOT 601]

The next few weeks sees intense activity, with a valuation days every Monday at the Saleroom a Bristol valuation day on Tuesday 19th July at St. Mary’s Church Hall, Stoke Bishop, followed by an Interiors sale on 21st July. Our next quarterly Fine Art & Antiques sale will be on Thursday September 1st, for which entries are now invited.