Clevedon Salerooms held their regular Interiors sale on Thursday 21st April at the Kenn Road Auction Centre. Over 650 lots were offered, and the sale began in fine style as the jewellery section began proceedings and it was there that some of the day’s best prices were achieved

Leading the way were three charm bracelets. Consigned by three different vendors all featured a good selection of charms alongside, in one case, a sovereign and half-sovereign. Charm bracelets generally perform well at auction and these three bracelets certainly charmed the bidders who took each beyond their estimate to sell for £1,800, £1,300 and £1,100. An Elizabeth II 'Shell 1966 sovereign set' comprising ten gold sovereigns took the highest price of the day, selling for an impressive £3,300. Also achieving strong prices, a 9carat rose gold curb-link albert, repurposed as a necklace with a 'rock crystal' heart pendant, which eclipsed its estimate to sell for £680. Highest price amongst the Watches was for an Omega Gentleman's 'Constellation' automatic chronometer stainless steel wristwatch, which left its estimate standing to sell for £480.

The Silver section also produced some strong results. A George V silver four piece tea set hallmarked for London 1934 sold for £750, whilst another assayed for Sheffield 1924, outshone its estimate selling for £620. Heralding from a Clifton address, a matched set of mainly Georgian and Victorian Irish silver Fiddle pattern flatware, sold for a combined total of £1,080, and from the same property a matched set of mainly George III silver Kings pattern flatware sold for £420.

Staying with the beverage theme, one of the day’s surprises came for a Wedgwood black basalt coffee set. This material, so synonymous with the great Josiah Wedgwood, tends to perform somewhat mercurially at auction, which accounted for its modest pre-sale estimate. Bidders, however, had no qualms and, after a spirited battle it was finally knocked down at £360. Eyebrows were also raised when a pair of Doulton Lambeth vases became the focus of some spirited bidding, selling for £300.

Finally, a 19th Century framed needlework sampler, worked with of a bird guarding a nest of eggs, dated 1838 by the distinctively named 'Thirza Butter' had been the source of some pre-sale , so unusual was its decoration. All hopes were realised on the day when it flew away from its estimate to sell for £420. 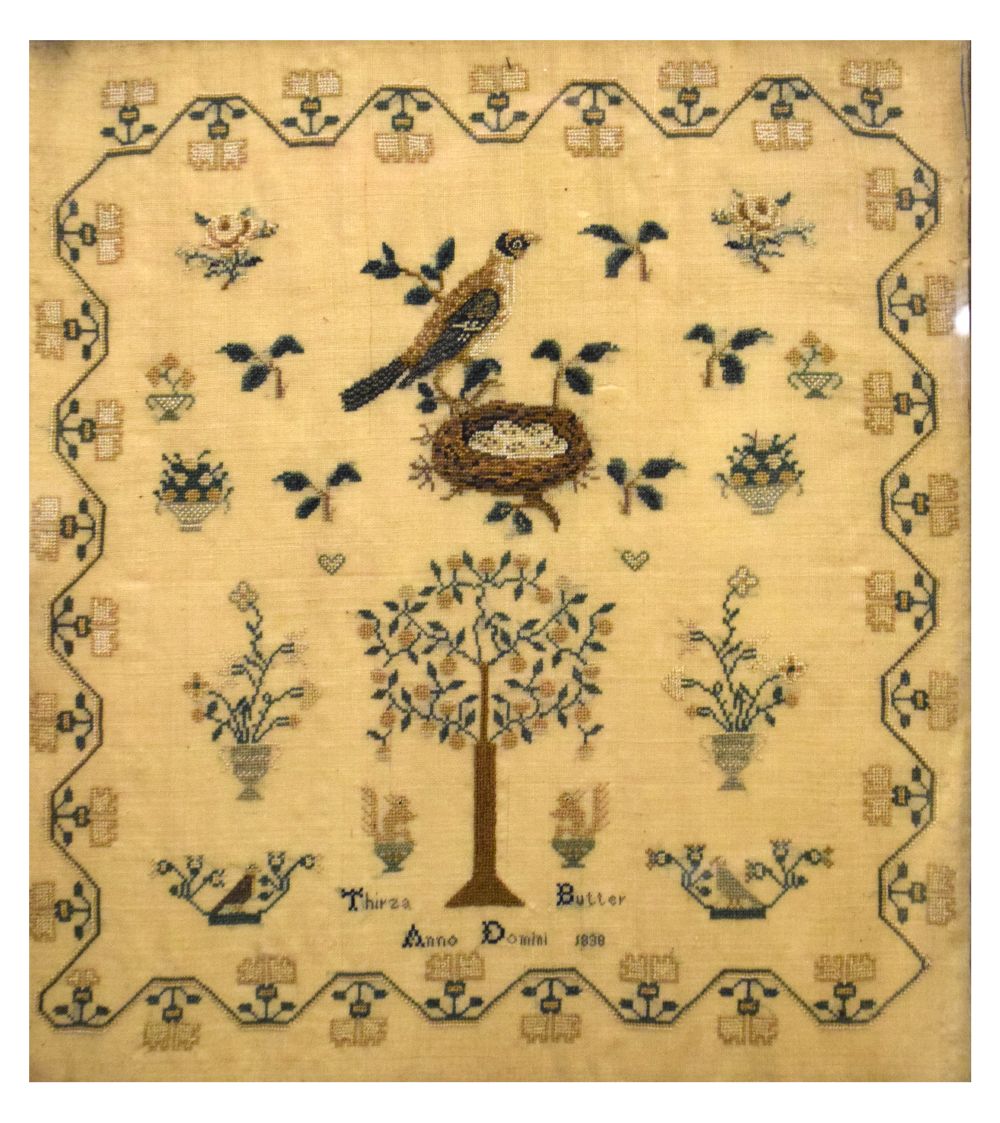 The next few weeks sees intense activity, with a valuation day on Tuesday 10th May at St. Mary's Church Hall, Mariners Drive, Stoke Bishop, Bristol, followed by an Interiors sale on 12th May. Our next quarterly Fine Art & Antiques sale will be on Thursday 9th June.