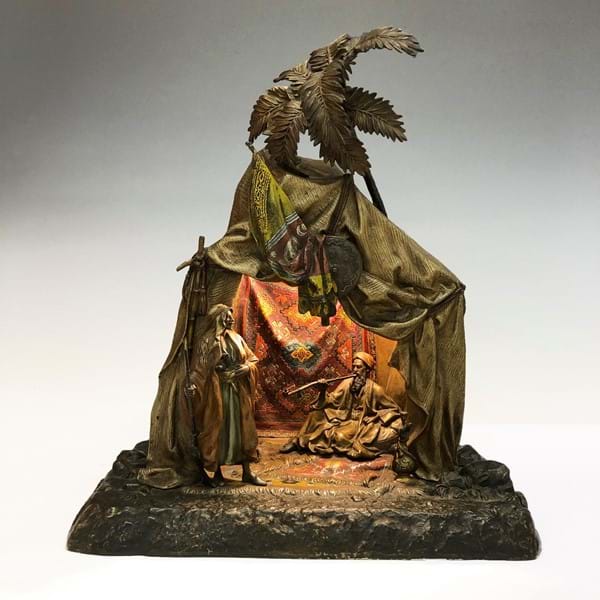 The design of this lamp is founded in the changing perceptions of North Africa and Arabia which took place in the closing decades of the19th century. As travel to the East became ever easier, young gentlemen, who in previous generations would have headed to Italy for their Grand Tour, increasingly looked to the East for youthful adventures. Travellers were keen to return with mementos of their trip which would evoke the Romanticised image of the region. The return journey would usually include a visit to Vienna, where the souvenir shops supplied a plethora of finely crafted sculptures with an Orientalist Arab flavour. Chotka was noted for his detailed and colourful work and he produced a huge number of Orientalist subjects to cater for this market including this Arab Tent Lamp.

Clevedon Salerooms is delighted to be offering this lamp, the technical complexity and decorative appeal of which are a perfect illustration of the qualities which have made Austrian cold-painted bronzes so highly prized.