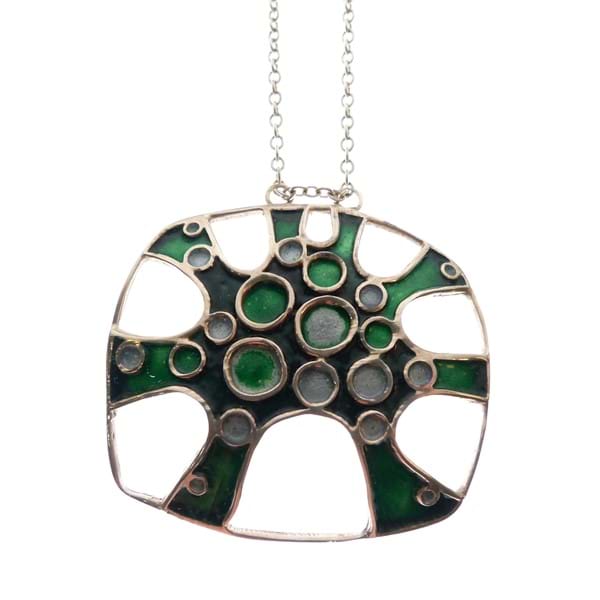 Clevedon Salerooms held their second sale of the New Year on Thursday 23rd January at the Kenn Road Auction Centre.

Top price of the day was paid for the best of a large collection of 16mm film reels which filled the back wall of the saleroom. Spilt into four lots, the best of these were competed for by online bidders and another in the room to a multiple-estimate £1,100. The other three lots amassed £770 total.

Next best came in the furniture section, where an 18th century chest with walnut-veneered front, pine top and sides attracted five commission bids and sold for a multiple-estimate £720. Also selling well amongst the furniture was a potboard dresser, pursued and won in the room for £350. Other successes included an unusual Indian carved hardwood surround at a multiple-estimate £450.

At the start of the sale, the Jewellery section was bolstered by a lovely piece of 1970s retro design, a Scottish silver and enamel pendant by Alistair Norman Grant. It sold for a multiple-estimate £220. The Watch section featured another example of retro cool in the form of a gentleman’s Omega Speedmaster Quartz LCD calibre 1620 digital stainless steel wristwatch. It sold for a multiple-estimate £580.

The silver section included a number of strong performers, with a William IV silver goblet sold for a triple-estimate £350, a George III silver teapot £250 and a Victorian tea service £370. Also faring well in the Coins section were a number of lots from a returning Worcestershire customer, with £280 paid for a set of Isle of Man crowns and £240 for a group of 1980s proof collections – thanks in no small part to internet bids from Russia! From the same source, two lots containing mint GB stamp collection exceeded expectations to sell for £400 and £450 respectively.

Two portraits in the picture section both outstripped estimate to sell well – an interior with Japanese musician fetching £280, and an unframed and damaged Victorian portrait making £200. Perhaps the biggest surprise of the day in the Ceramics section was a set of Brambly Hedge plates, sold for a multiple-estimate £420.

The next fortnight sees a good clearance of 170 lots arrive at the Salerooms, along with a specialist Jewellery and Watch valuation day at the Salerooms on Monday 3rd February, viewing items for inclusion in the 12th March quarterly sale which closes on Tuesday 11th February.