Roaring start to 2021 at Clevedon Salerooms

Clevedon Salerooms held their first sale of the New Year on Thursday 7th January, a sale of Antiques and Collectables, at the Kenn Road Auction Centre.

Despite the newly-imposed lockdown the auctioneers managed to achieve a selling rate of 90% thanks to condition reports and multliple images of every lot. With over 800 lots on offer, online and commission bidders had plenty to choose from and lively bidding on the day saw the auctioneers rewarded with some strong prices. The sale commenced as usual with a good selection of jewellery. Highlights included a 9ct gold necklace of curb link design which sold for £780, a yellow metal curb link charm bracelet with 9ct gold padlock and fifteen assorted charms achieved £500 [LOT 47] A five-stone diamond ring exceeded top estimate to sell for £480, and a three-colour 18ct gold Trinity ring also sold well at £360.

Surprise of the day was provided by a large collection of coins which had been consigned from a local deceased estate. Divided into 18 lots, strong commission bids and brisk internet attention resulted in some impressive prices. Amongst these, a quantity of mainly early 20th Century British silver coins far outstripped its original estimate to sell for £1,200, whilst similar lots of Victorian and later silver coins which sold for £750 and £680, were amongst the prices achieved. Gold sovereigns sold in the £280-320 range. 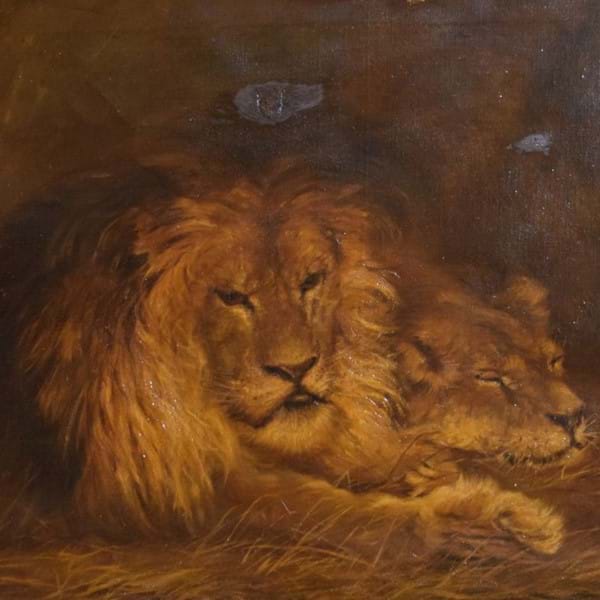 Collectables proved to be popular with childhood nostalgia, as ever, being a powerful driver. Amongst several lots of boxed Corgi toy cars from the 1960s and ‘70s, a ‘Whizzwheels’ gift set was the runaway success. Despite wear to the box, keen bidding saw it reach £700. Also racing away was a Tri-ang (Lines Brothers) 'LMT' tinplate car which, despite obvious condition issues, exceeded all expectations to sell for £380 [LOT 806]. If buyers had consumed too much of the festive spirit this Christmas, it didn’t stop them bidding a stunning £520 for a single bottle of vintage wine, P. Misserey Romanee Grand Cru, Negociant & Cote d'Or Nuits 1959. An iconic Garrard Model 301 record player sold for a triple-estimate £620, despite some restoration.

Pride of the pictures section was ‘The Lions’ an impressive oil on canvas after Sir Edwin Landseer. The strength of the image more than made up for the absence of a signature and the £450 it achieved can only be described as a roaring success! [LOT 728].Closely following was a Victorian portrait of a young girl, perhaps Irish, which sold across the water for £420. Also appealing to buyers was 'Le Sourire', a 19th century oil on canvas portrait of a lady after Claude-Marie Dubufe (1790-1864) which sold for £320. Three lots by Barry Leighton-Jones were also offered, and the best of these figures of children sold for £220. A collection of Beryl Cook prints featured in the sale, with top prices achieved £180 for ‘Getting Ready’ and £160 for ‘The Lingerie Shop’.

Proof of the continued recovery of the brown furniture market was plentiful. A good looking Victorian mahogany twin pedestal desk achieved a respectable £420.

Decorative appeal was, as always, a route to saleroom success. A winning combination of elegant lines and diminutive proportions saw an early 20th Century two-seater camel back settee reach £380, the same price as a carved oak dining suite by John Chapple for LBJ Furniture, whilst a modern 18th century style Continental carved and painted bookcase generated a flurry of bids to also achieve £380. A 19th century Campaign-style camphorwood trunk or bedding chest made a multiple-estimate £280 and a Globe Wernicke-style bookcase £250. A circular framed Art Deco tea trolley would bring a dash of Modernist chic to any interior. Bidders thought so too and it sold for £200 [LOT 724].