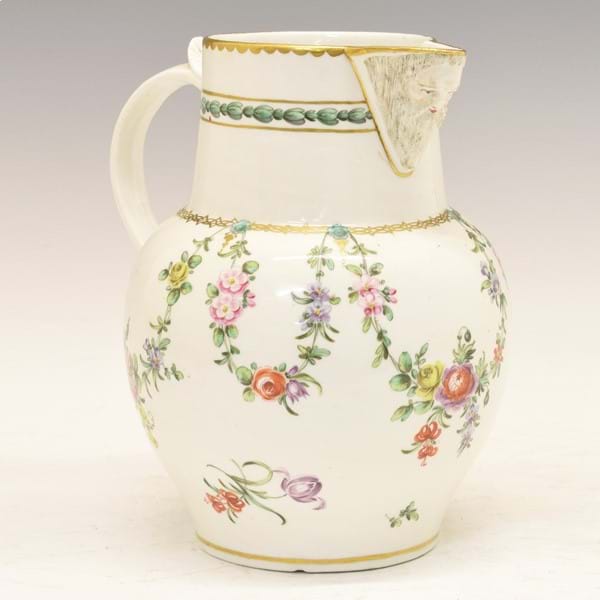 Bristol’s prominence as one of the major British port cities of the 18th century is echoed in its artistic production of the time. Like its northerly cousin Liverpool, ceramics factories benefitted from the demands of a cosmopolitan class who wanted to entertain guests at tea and dinner, aided by the best porcelain. The aptly-named Richard Champion was born into a Quaker family and achieved considerable success as a businessman trading with the Colonies in the Caribbean and America, before he met William Cookworthy of the Plymouth Porcelain Company. Cookworthy was the only British potter making patented hard-paste porcelain at the time. He asked Champion to manage his factory after it was moved to Bristol, and Champion eventually bought his boss out in 1774.

Demand for porcelain from any of the South West factories of the period is always high due to their quality and scarcity. This was in evidence at Clevedon Salerooms on 22nd November, when a superb jug from the Champion factory was offered for sale from a local estate. Its recent history could be traced back to exhibitions in the late 1970s and early 1980s with the highly-respected dealer Albert Amor, according to the numerous labels beneath. It duly sold at the upper end of the estimate, for £1,400, highlighting the continuing demand for the very best antiques.