Sparkles and Sunflowers at Clevedon Salerooms

Clevedon Salerooms held their Winter Specialist Fine Art Sale on Thursday 25th November. Lively bidding was in evidence throughout the day with consistently strong prices, a sale total well over expectations, and an 89 per cent selling rate from 600 lots on offer, bolstered by significant consignments from properties in Bristol, North Somerset and the Mendips.

With Christmas just around the corner, seasonal sparkle was much in evidence in the jewellery section which opened proceedings. Leading the pack was a stunning Edwardian sapphire and diamond necklace. Consigned by a Bristol vendor, it came with an equally sparkling provenance, having remained in the family for whom it was originally made. Clevedon Salerooms valuer Chris Yeo made the trip to London to have the piece analysed by a gemmologist, so that bidders had the added assurance of a recent laboratory test certificate which confirmed that the outstanding clarity of its sapphires was wholly natural. Such assurances served it well on the day, and after some spirited bidding the hammer finally dropped at an impressive £14,000 [LOT 53]. 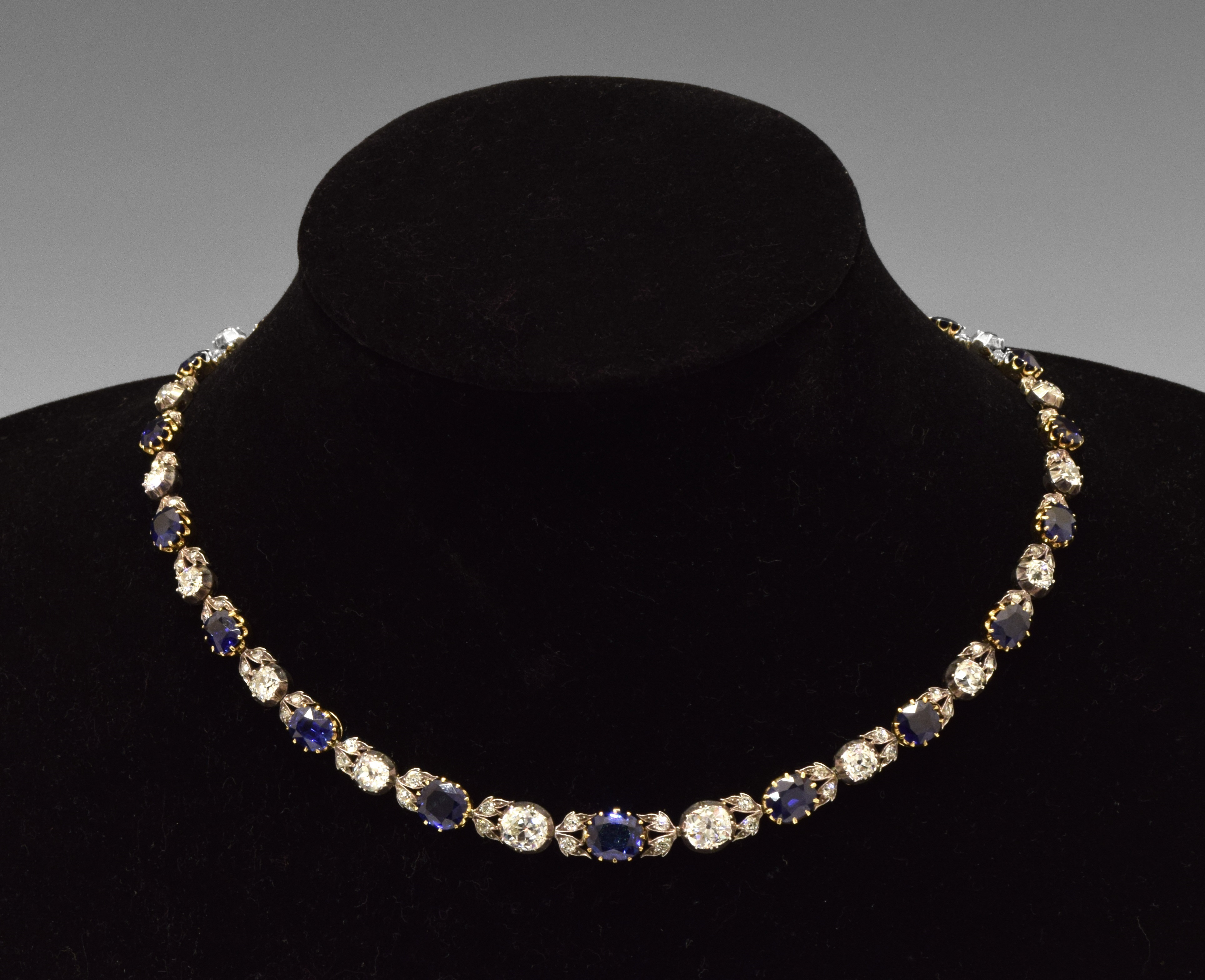 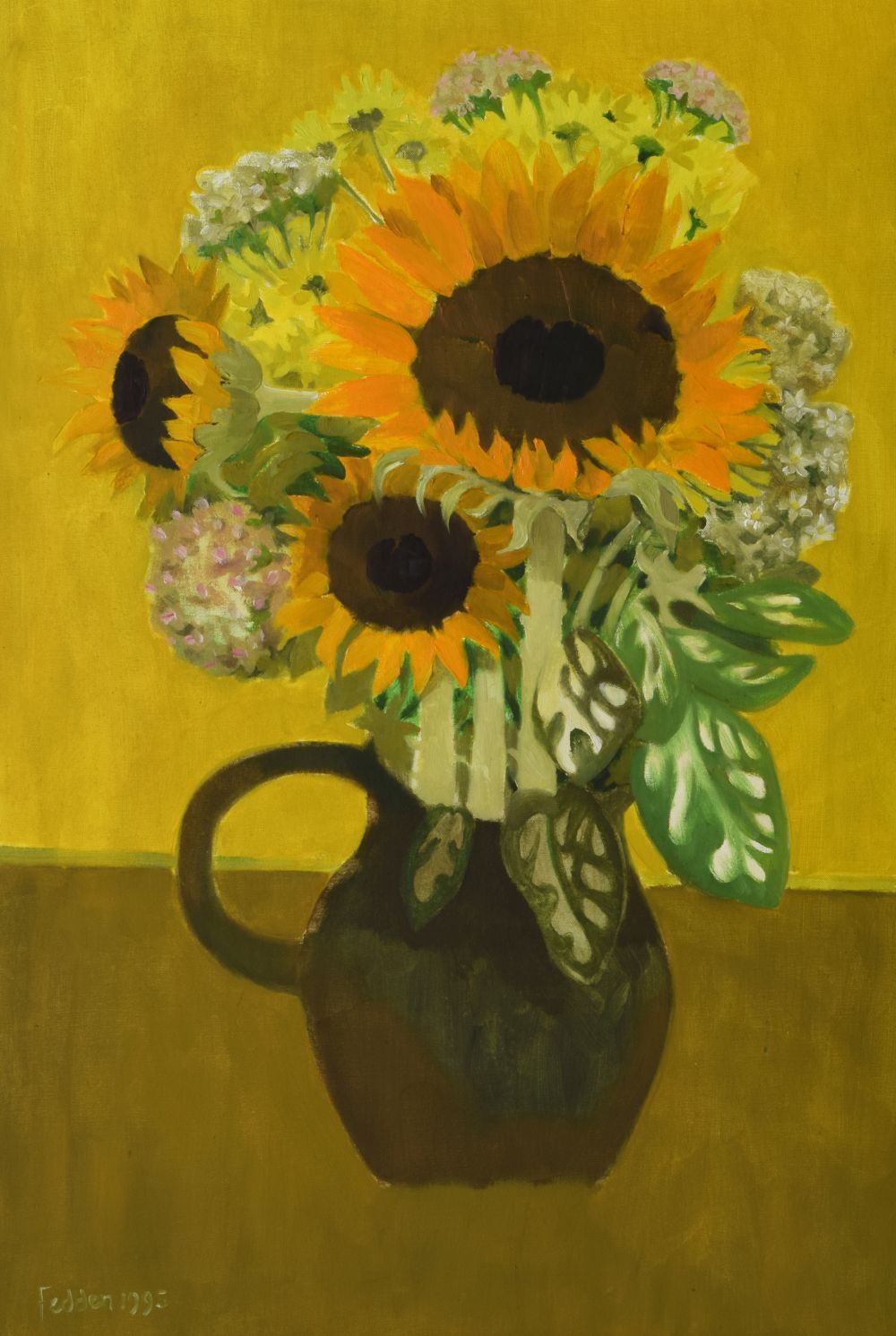 The same price was also the double estimate result for a superb oil of sunflowers by Bristol favourite Mary Fedden, purchased directly from the artist herself, and consigned from a Clifton townhouse [LOT 522], along with the highest-selling lot of the day. Deux roses, a small oil on canvas renowned French Impressionist Pierre-Auguste Renoir (1841-1919), was last sold over twenty years ago in London, and had the accompanying confirmation from the Wildenstein Institute verifying it as a genuine Renoir. The source of much pre-sale excitement, it sold to a collector in the room for £30,000.

Elsewhere in the jewellery section which commenced the sale, a 2.2ct diamond single stone ring in a platinum mount sold for £6,000, and a three-stone diamond ring, consigned at the firm’s Stoke Lodge valuation day, achieved £3,600. A Cartier turquoise set gold bracelet sold for £2,000, the same price paid for an Edwardian fringe necklace, which more than tripled its estimate. A pair of Victorian garnet and diamond drop earrings surpassed all expectations to sell for £2,200. Amongst the watches, top price was for a Tudor Oysterdate 'Monte Carlo' stainless steel chronograph wristwatch, discovered on a valuation day by Clevedon Salerooms’ budding watch collector, Henry Michallat. Despite its less than perfect condition, it still achieved a very respectable £7,200 [LOT 134] 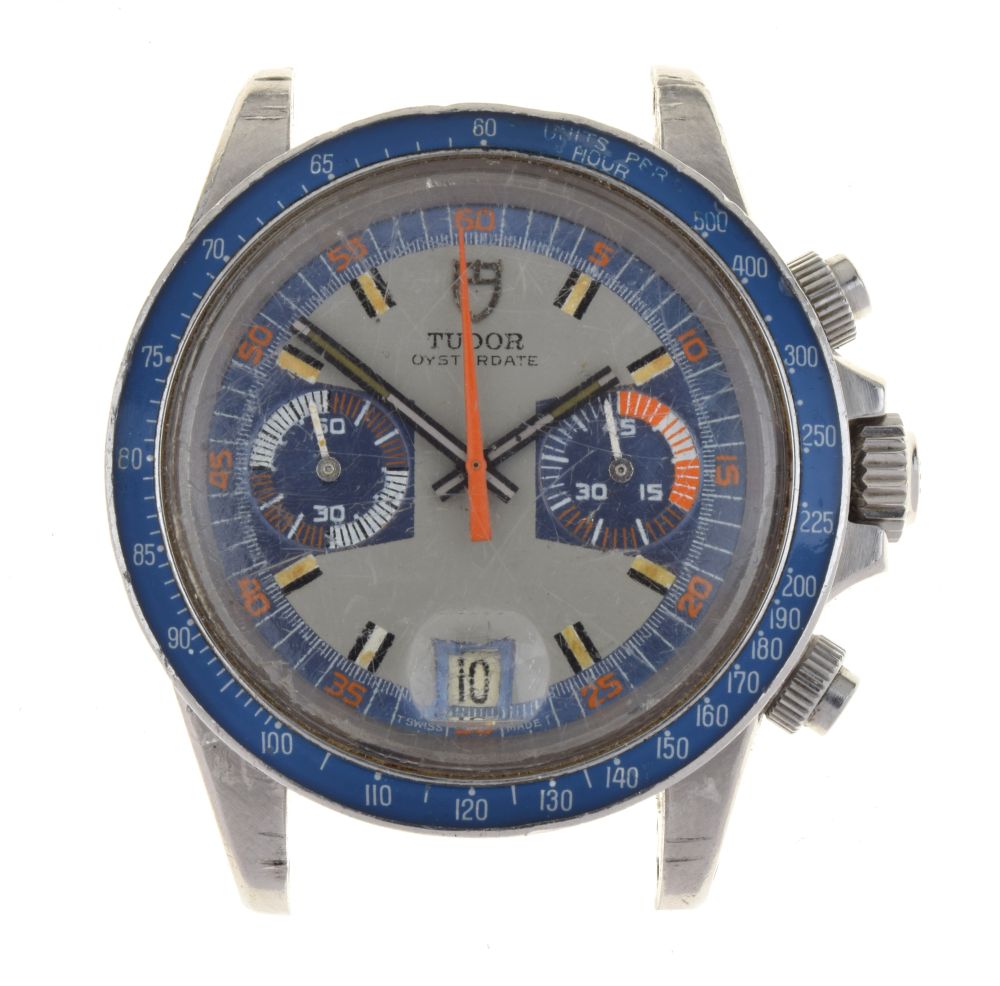 A good selection of Collectors’ Items was led by a rare 19th century sailor’s shell valentine which had been taken in on of our popular valuation days. In remarkable condition it sold for a healthy £1,200. From the Mendips came a significant collection of French animalier bronzes. Dating from the late 19th and early 20th century, pride of place went to a large bronze figure of a stalking lion, after Paul Thomas (1859-1910), possibly cast by Gaultier, which swallowed its estimate to sell for £1,050. Creatures with an equally fierce reputation headed the Ceramics section: a pair of large late 19th century Burmantofts double-gourd vases decorated with dragons, on plinths. These had been consigned by a local vendor who was looking to free up some space at home and contacted Clevedon Salerooms via their online valuation service. With no great expectations, he was delighted to discover that they were a rare design by the esteemed Leeds art pottery and will doubtless be delighted that they sold for £2,500. A rare Art Deco frosted glass 'Butterfly Girl' car mascot, raced away to sell well above estimate at £1,100 [LOT 444], whilst a large collection of mostly 1970s limited edition paperweights, the majority by the ever-popular Whitefriars glassworks, sold for a combined total of £2,450. 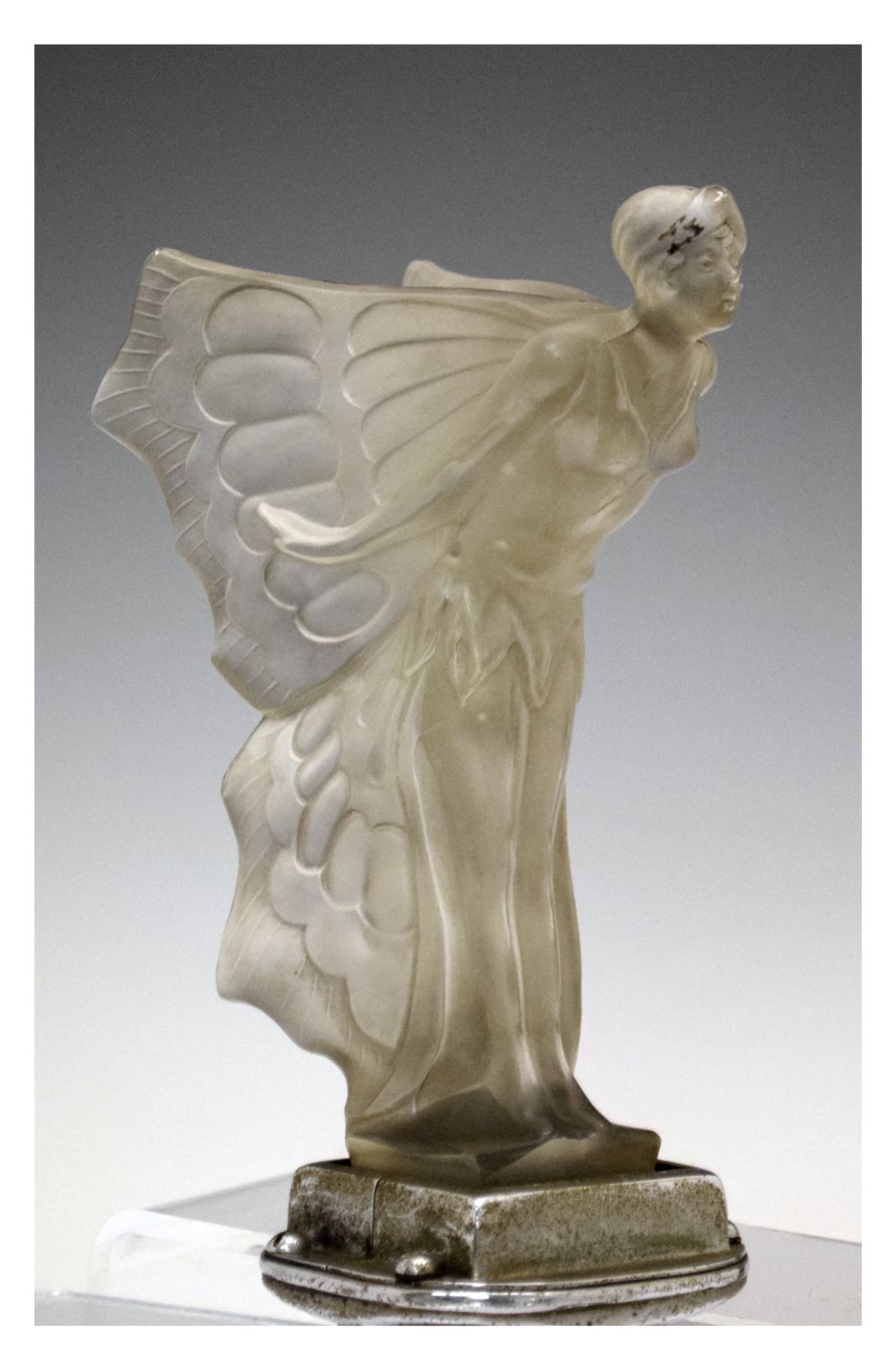 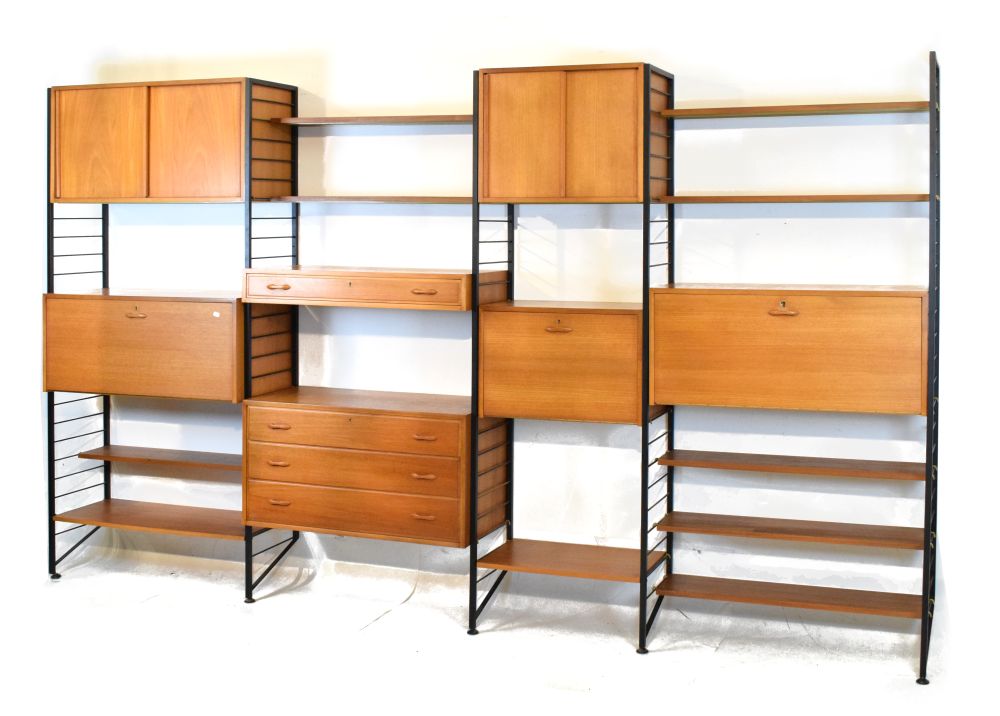 A large and impressive Middle Eastern wool rug or carpet, probably Kirman, flew away to reach £1,500. Heading up the Clocks section was a Regency mahogany-cased domestic regulator by Edwards of Shoreditch which sold to a North of Scotland specialist collector for £2,800. A 19th century lacquered brass and champleve enamel mantel clock, by Vincenti & Cie, Paris had decorative appeal in spades and left its estimate standing, selling for £980. In the Furniture section, top price was for an early 20th Century inlaid mahogany breakfront display cabinet in the manner of Edwards & Roberts which confounded expectations to sell for £1,300. Hot on its heels, an unusual 19th Century Chinese export black lacquer quadruple-top games table, overcame condition issues to achieve a very respectable £1,250. Contemporary tastes were also catered for: a good run of Staples Ladderax modular storage. Ladderax is fast becoming a ‘staple’ at Clevedon Salerooms, with consistently high prices achieved for examples in good condition, this was no exception and the £1,400 it achieved on the day is one of the highest ever achieved for this range [LOT 558]. A polished and patinated bronze abstract sculpture 'Engagement' by Dennis Westwood (b.1928) was also firmly in step with current taste and achieved its top estimate of £1,800.

With 2022 just around the corner, Clevedon Salerooms are gearing up for an exciting year of Fine Art and Interiors auctions, as well as increasing their regular free valuation days at the Saleroom, which will run every Monday (except Bank Holidays), together with specialist jewellery days remaining every third Tuesday, and also an expanded number of outside valuation events in Bristol and in Wells, where the auctioneers will have an increased presence. Please visit their website www.clevedonsalerooms.com for more details.