STAR IN THE EAST

Clevedon Salerooms held their Winter Specialist Fine Art Sale on Thursday 24th November. Autumnal downpours outside did little to dampen the enthusiasm of bidders, resulting in strong prices, a sale total well over expectations from the 700 lots on offer.

As is now so often the case, Chinese taste lay behind three of the day’s best performing lots, all of which attracted strong online and telephone competition. Heralding from the same local deceased estate, leading the pack, a large 19th Century Chinese flared footed vase, well painted with three kylin which measured in at an impressive 41cm high. Although unmarked, it clearly struck a chord and after some feverish bidding the hammer finally fell at £7,200. Also causing a good deal of excitement and selling multiple times over estimate, a Chinese Canton porcelain Gu ‘Bajixiang’ vase, delicately painted in the Famille Rose palette and bearing an "archaic seal" mark of the Emperor Jiaxing (1796-1820), which despite some professional restoration sold for £5,200 [LOT 287}. From the same source, and scoring high on decorative appeal, a large Chinese Republican (early 20th century) porcelain panel painted with a mountainous landscape.  which sold for a very respectable £3,200. 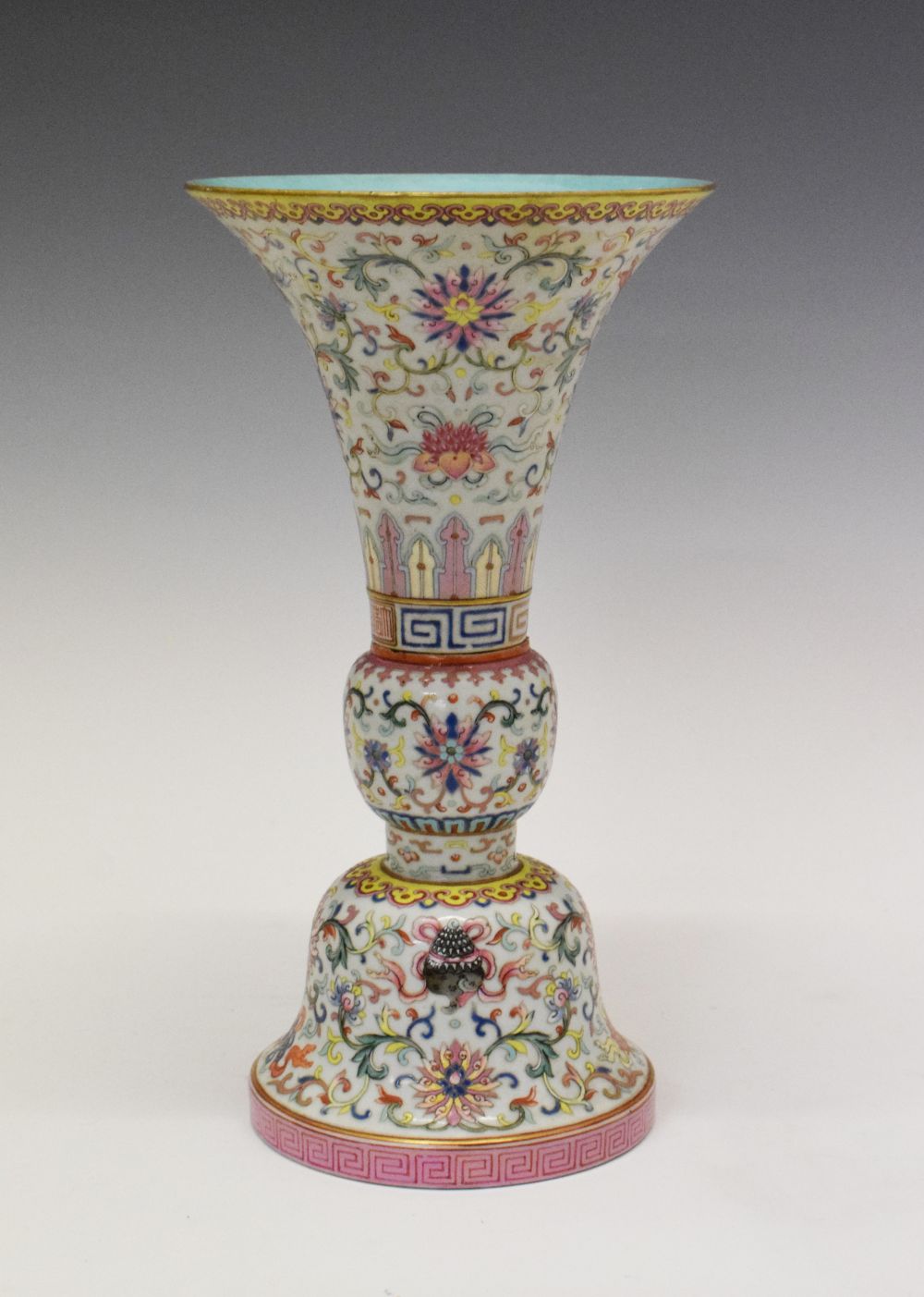 Elsewhere in the jewellery section which commenced the sale, a diamond single stone ring of some 2.36 carats in an unmarked yellow metal mount sold for £6,700, whilst a smaller single stone diamond ring, achieved £2,200. Also about to bring some seasonal sparkle to someone’s life, an Egyptian yellow metal necklace and bracelet set sold for £4,500, whilst a gold coin bracelet composed of seven sovereigns sold for £2,400. Top price of the sale was amongst the watches, where a Rolex gentleman's 18K Day Date automatic chronometer wristwatch achieved the stellar price of £9,200 [LOT 70]. 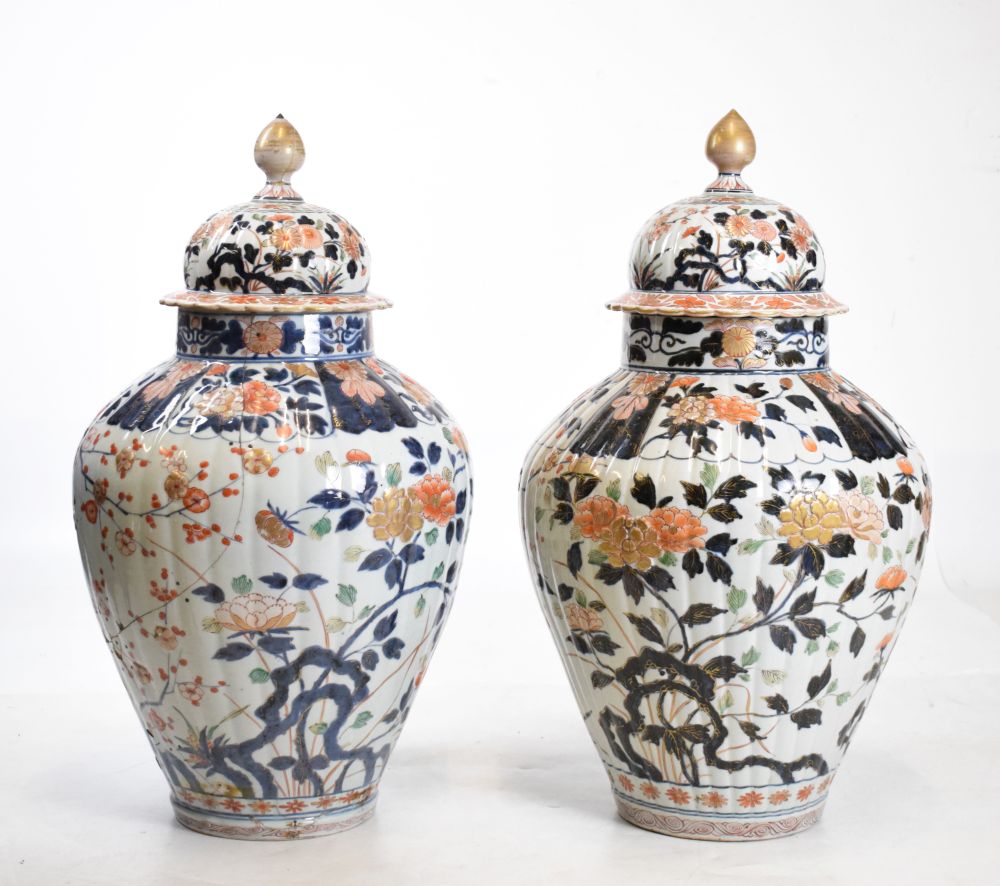 Amongst a strong showing of quality silver, once again it was China that led the way. A Chinese export white metal mug, the handle formed as a dragon, surpassed all expectations to sell for £2,200. Other highlights in the Asian section included an impressive matched pair of 18th Century Japanese Imari moulded vases and covers. Catalogued as ‘large’, at 66cm high they were perhaps better described as 'monumental' and, despite significant repairs to one vase, their decorative appeal was clear to see. The focus of fast-paced bidding, they quickly left their estimate in the shade to sell for £3,800 [LOT 301].  Also making short work of its estimate, an unusual and very appealing 19th century Chinese bronze censer, modelled as a Dog of Fo or Temple Lion, which sold for £2,000. 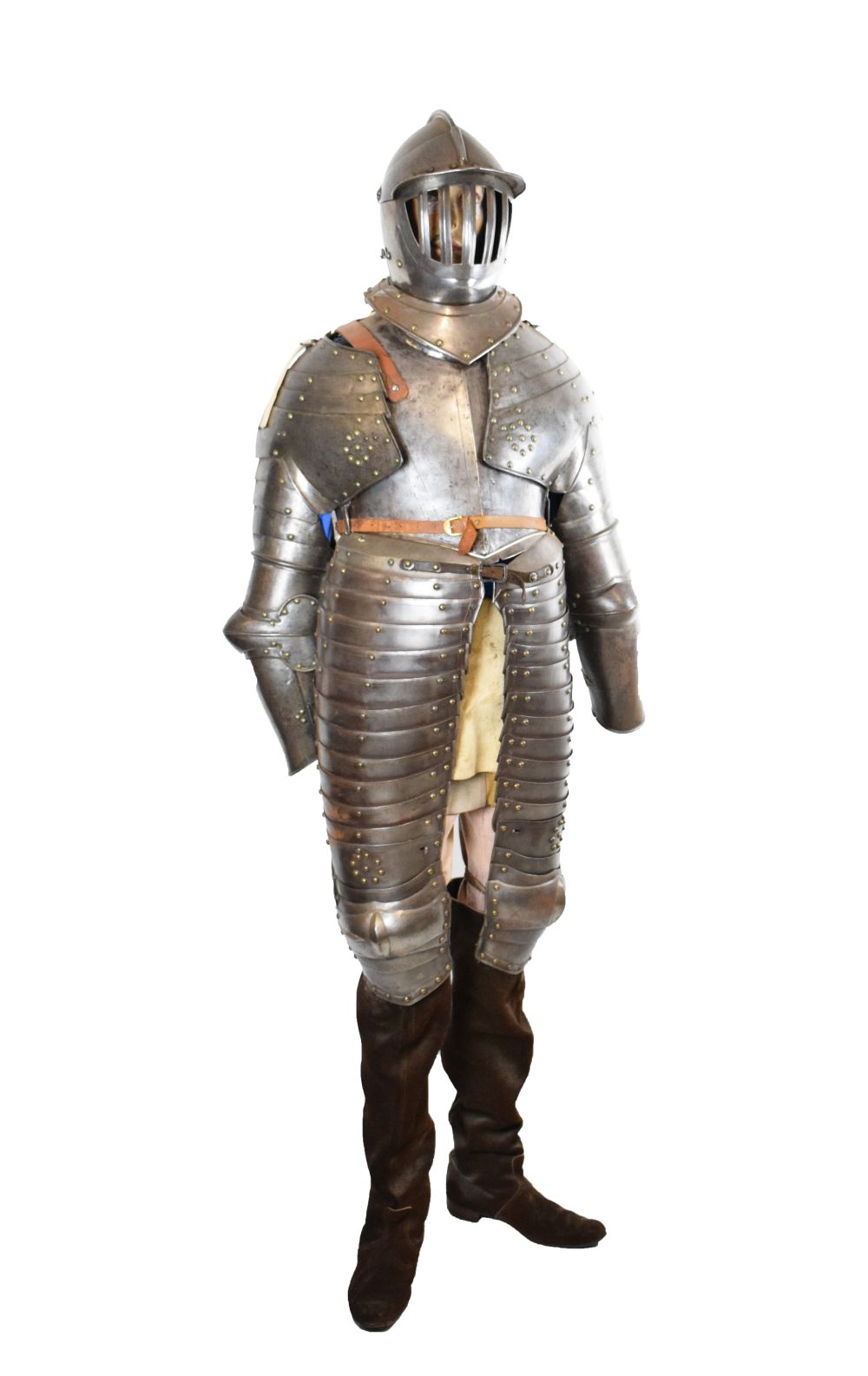 An eclectic offering of Collectors Items was memorably lead by a composite suit of armour of the English Civil War period which made short work of its estimate, selling for £3,800 [LOT 481]. Hitting the high notes, a limited edition copy of George Harrison’s ‘I, Me, Mine’ published in 1980 and signed by the former Beatles guitarist sold for £2,400 - a record auction price for this much sought after tome. With football very much in the news, surprise of the day came in the form of a collection of memorabilia relating to the Football Association tour of New Zealand and Australia 1937. Consigned at one the saleroom’s popular weekly valuation days, it scored with bidders who took it way beyond expectations to sell for £2,000. Also, appealing to children of all ages, especially those over 50, a large collection of Corgi and Dinky diecast cars in original boxes, which had spent the last 45 years hidden in the loft, emerged in pristine condition to sell for a combined total of £3,000. 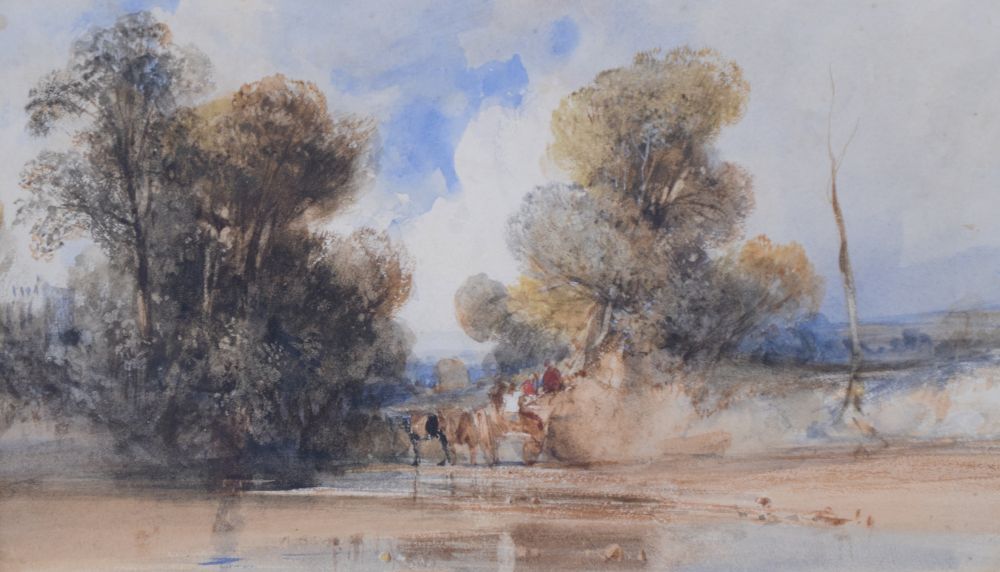 The Paintings section also yielded a number of strong prices. A consignment of 19th century watercolours included a well-executed rural landscape study, apparently unsigned but inscribed ‘Bonington’ to the reverse of the frame. Could this be Richard Parkes Bonington (1802-1828), the much emulated British watercolourist? Deciding to err on the side of caution, Clevedon’s valuers  had catalogued the work as “Follower of”. Buyers thought differently and sustained bidding between two determined parties saw the work smash its estimate to sell for a very confident £3,000. 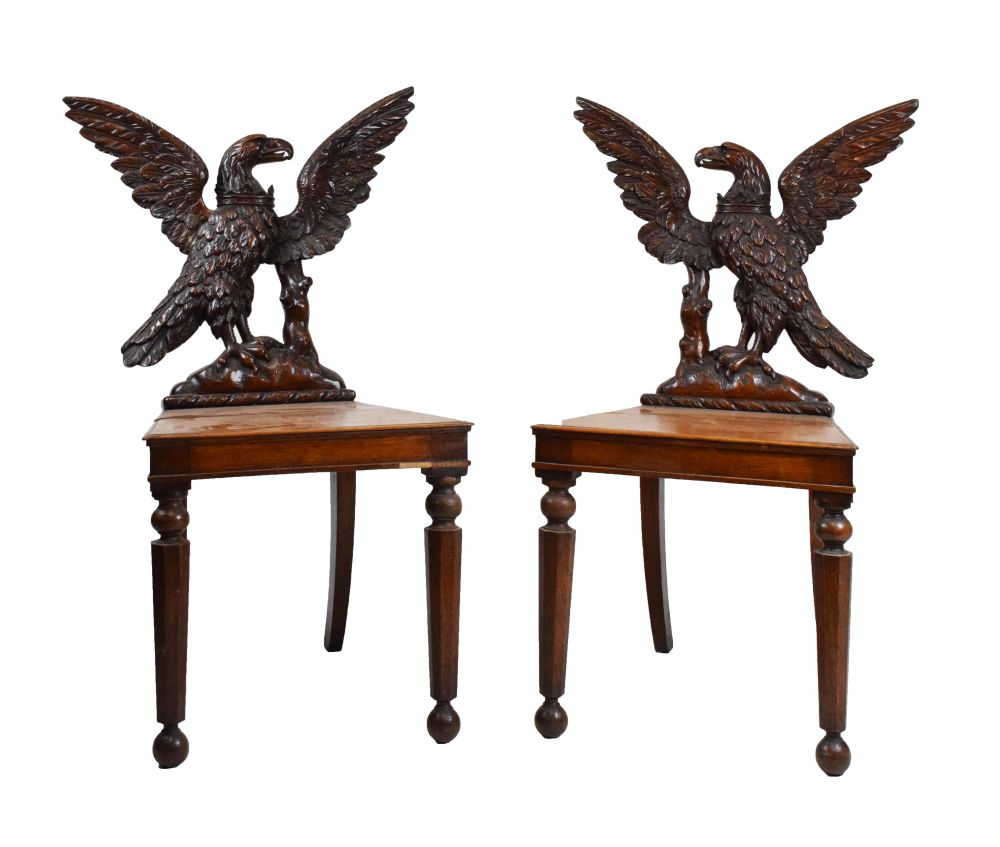 Closing the sale, the furniture section saw some of the day's most interesting and contested lots. One of the most eye-catching was a pair of Victorian mahogany hall chairs. Not normally the sort of fare that sets the saleroom alight, the difference with these was their extraordinary backs, each carved with an armorial eagle with outstretched wings and a coronet around its neck. Quality, rarity and decorative appeal all score highly in the present market and these chairs had all three. With interest from three telephone bidders, as well as the internet and commission bids, a determined battle ensued which saw them soar above their estimate to sell for £2,900 [LOT 721]. Also landing well above expectations, an early 19th Century oak barrel back tavern settle, which sold for £2,400, and a good quality pair of pair of early 20th Century oxblood leather wing armchairs, with close nailed and deep-buttoned upholstery – very much on trend – which achieved a healthy £1,800.

With 2023 on the horizon, Clevedon Salerooms are gearing up for an exciting year of Fine Art and Interiors auctions, as well as their free valuation days at the Saleroom, which will run every Monday (except Bank Holidays), and regular outside valuation events in Bristol. Please visit the website for more details.