Touched by the Hand of History

The essence of our Spring Fine Art Sale can be summed up in three words: quality, rarity and diversity. Going a little further than just three words, our Valuer Chris Yeo takes a closer look at some of the pieces on offer and selects a few of his favourite things.

Touched by the hand of history is a phrase that well describes our first highlight: a brass capped truncheon or tipstaff issued in Bristol at the height of the Reform Bill riots of 1831. The riots of 29th-31st October 1831 have gone down in the annals of history as among the most significant in British history, three days of mayhem which – in shades of the French Revolution of forty years earlier – saw the cities prisons stormed and the Lord Mayor narrowly escaping a lynch mob which looted and burnt his official residence. The baton is engraved with the name of its owner – almost certainly one of the volunteers who answered the Mayor’s call that day to take action against the mob – and the date October 30th 1831 – the day of the worst disorder of the riots. Sensing some not to be missed entertainment, Bristol’s “chattering classes” had taken to the streets to watch the trouble unfold but their fascination turned to disbelief and then horror as the mob ran amok, burning houses and bringing what was then England’s second city to the point of anarchy. The following day over 3,000 people answered the mayor’s call to arms and, when the local militia waded in, the trouble ended badly for the rioters. This silent witness to history, which bears some battle scars, is being offered with a pre-sale estimate of £500-700. 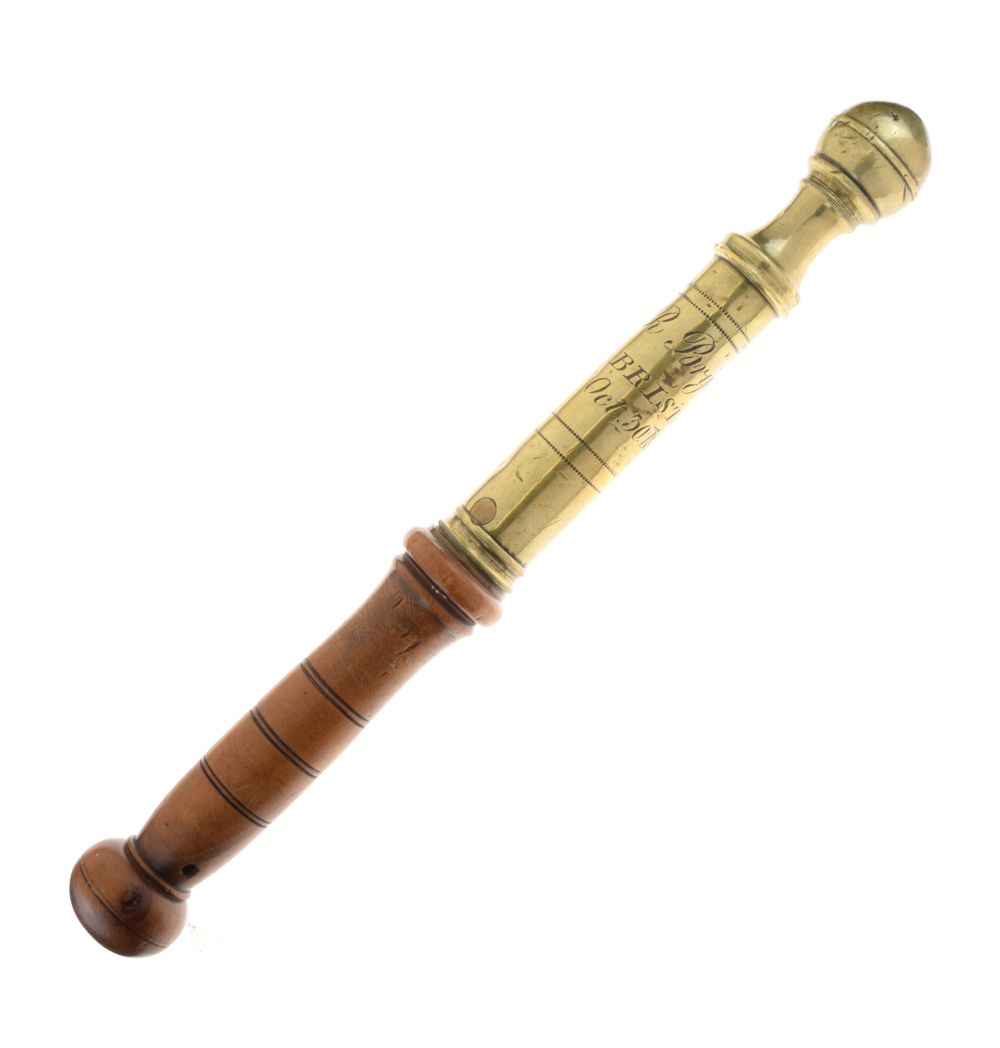 Our second highlight also heralds from Bristol, a William IV or early Victorian brass-inlaid mahogany twin fusee wall clock, the 12-inch dial marked Edgecumbe, Bristol. Estimated at £400-600, it matches its decorative appeal with that of being relatively early for a fusee movement clock and will doubtless be of interest to clock collectors as much as decorators.

Speaking of the decorator’s market, high quality decorative art is much in evidence throughout the sale. Ticking all the right boxes for quality, craftsmanship and decorative appeal is a mid-Victorian Bohemian flashed ruby glass goblet and cover attributed to Franz Hansel (1802-1883). Measuring-in at a monumental 48cm high and finely engraved with a Turkish horseman posing next to his mount, it includes the unusual feature of a magnifying lens enabling the scene to be viewed from the reverse. Hansel was noted for his fine engravings of horseman and for the understated treatment of his compositions, the skilful rendering on this piece underlines the attribution. This tour-de-force of glass engraving carries a pre-sale estimate of £800-1,200. Also flying the flag for high quality Victorian decorative art, a rare set of six Worcester parian politician figures by James Hadley. Featuring 19th Century political heavyweights including Benjamin Disraeli and William Gladstone, even single figures from this much sought-after series seldom appear on the market and to find a complete set is almost unheard. They are offered with an estimate of £1,500-2,500. 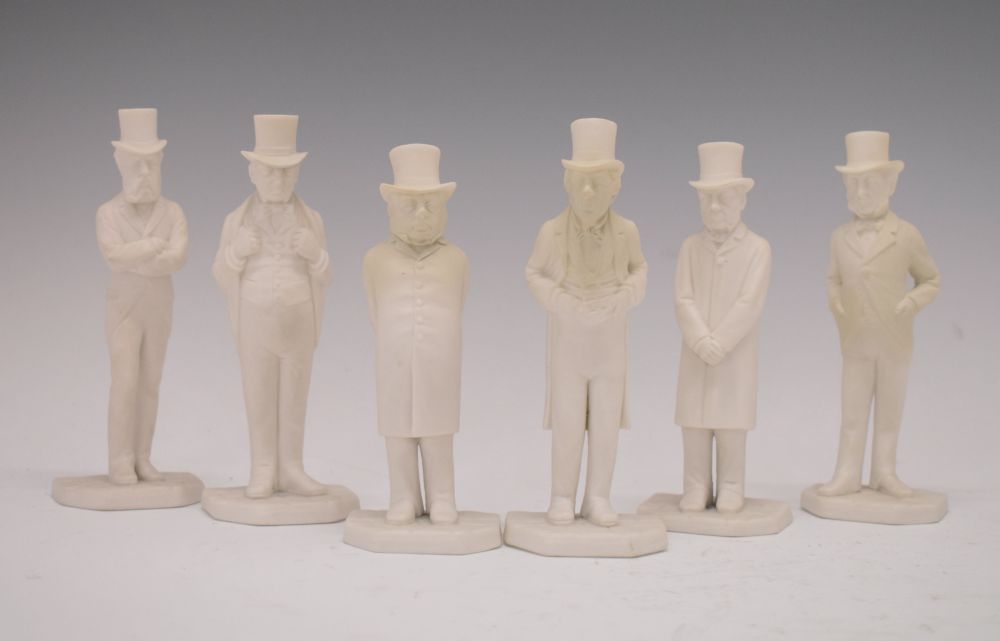 Those whose tastes are of a more contemporary persuasion are also well catered for. Flying in from a recent valuation day held in Bristol, a classic of mid-Century Italian ‘Pop’ design, a glass Pulcino bird. Designed in 1962 by Alesandro Pianon (1931-84), five different cartoon style birds were produced in the range. Handmade and always expensive to buy when new, these now have a devoted following amongst collectors who will no doubt be tempted by its estimate of £2,000-3,000. Also striking a Modern note 'The Optimist', a 2007 limited edition green-patinated cast bronze sculpture by Bristol artist Cathy Lewis, estimated at £1,500-2,000 [LOT 439]. 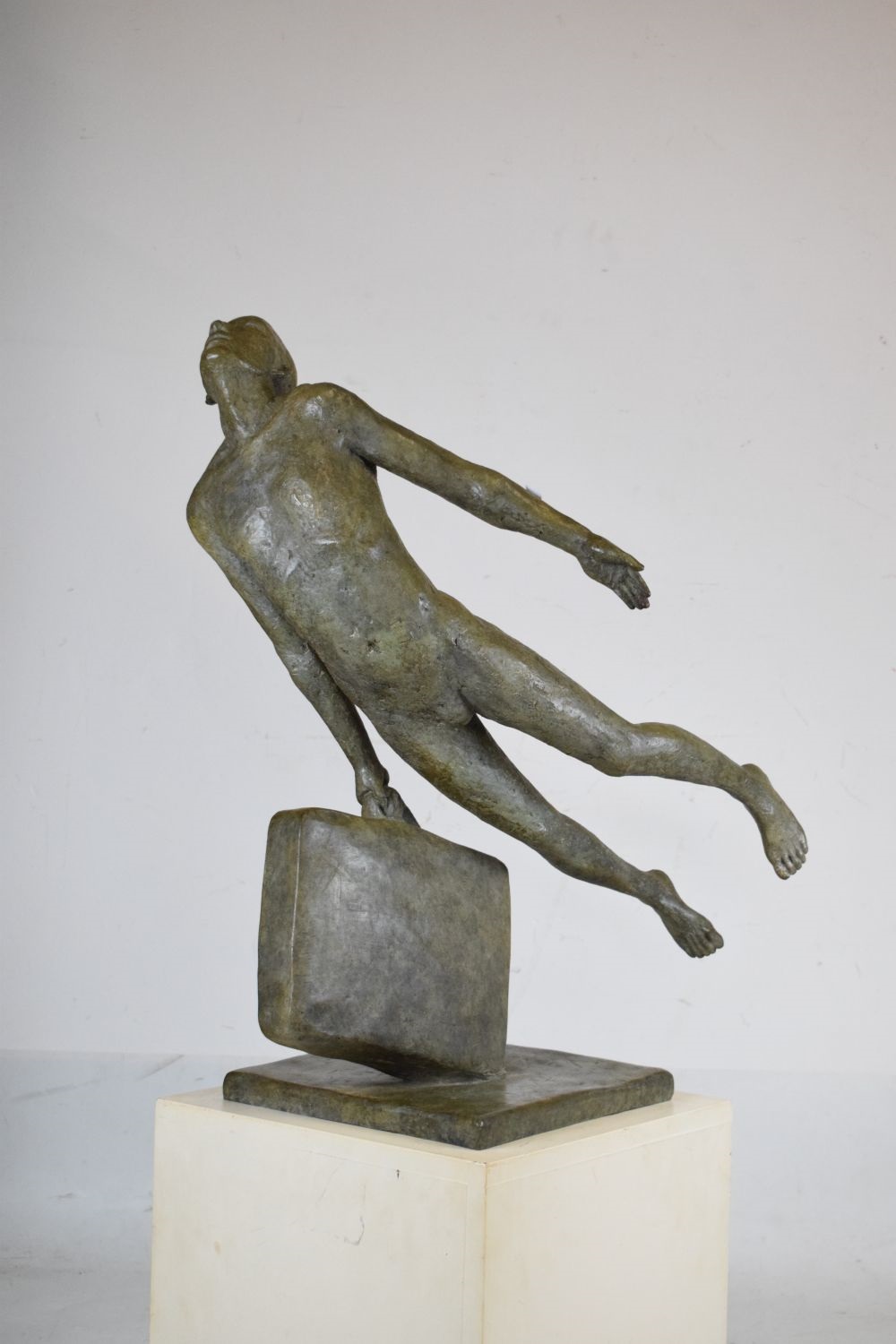 The Spring Fine Art Sale will be held on Thursday 10th March commencing at 10.30am. The salerooms will be open for viewing on Wednesday 9th March 10am to 5pm.