Fit For A Queen

With the historic Platinum Jubilee Clevedon Salerooms Valuer and Antiques Roadshow expert Chris Yeo, takes a timely look at a royal souvenir which was fit for a Queen

As the nation drowns under a sea of bunting, you can see that celebrations are well under way to mark Her Majesty the Queen’s Platinum Jubilee. Alongside the street parties you can be certain there will be an avalanche of souvenirs to mark the historic occasion: jubilee biscuit tins, God Save the Queen tea towels, and (probably) Union Jack underwear. To the aesthetically minded, it would seem one of the greatest gifts ever bestowed on the Republican cause was the creation of the royal commemorative. From teapots to toilet roll holders, just about every significant regal event from Queen Victoria’s coronation in 1838 onwards has been greeted with an avalanche of mass-produced tat that would shame any jumble sale.  The old saying that if a job is worth doing it’s worth doing well, seems to have by-passed the makers of royal memorabilia down the decades and – for once justifiably – their wares are normally worth next to nothing. Even pieces made for the coronation of Edward VIII, who famously abdicated before it could take place, sell for just a few pounds at best. There is, however, one noble exception. In 1936 Wedgwood, the famous Staffordshire firm of potters, decided to mark the coronation that would never happen by issuing a souvenir mug which, in artistic terms, would be equal to the historic event. The artist they commissioned to design it was a surprising choice for the 200 year old firm. Eric Ravilious (1903-42) was one of the foremost English modern artists to emerge between the wars. He was young and full of fresh ideas. In an all-too-brief career, he produced an extraordinary amount of work - murals, watercolours, wood engravings, and designs for glass and pottery. The coronation mug was a showcase for Ravilious’ talent. It featured a lion and unicorn in shaded silhouette surrounded by colourful fireworks and “E R” worked in a bold typeface.  The mug was an instant success (even Mrs Simpson bought one) but was hastily withdrawn as soon as the abdication was announced. Undaunted, Ravilious simply re-worked the design for George VI’s coronation the following year. Sixteen years later it was re-cycled again for own Queen’s coronation, proof that you can’t keep good design down. On the outbreak of the Second World War, Ravilious became an Official War Artist and lost his life in the service of his country at the age of only 39. Today his work is rightly celebrated and original mugs fetch upwards of £600 at auction. All in all, a far more pleasing way of commemorating a royal milestone. And not a Union Jack in sight. 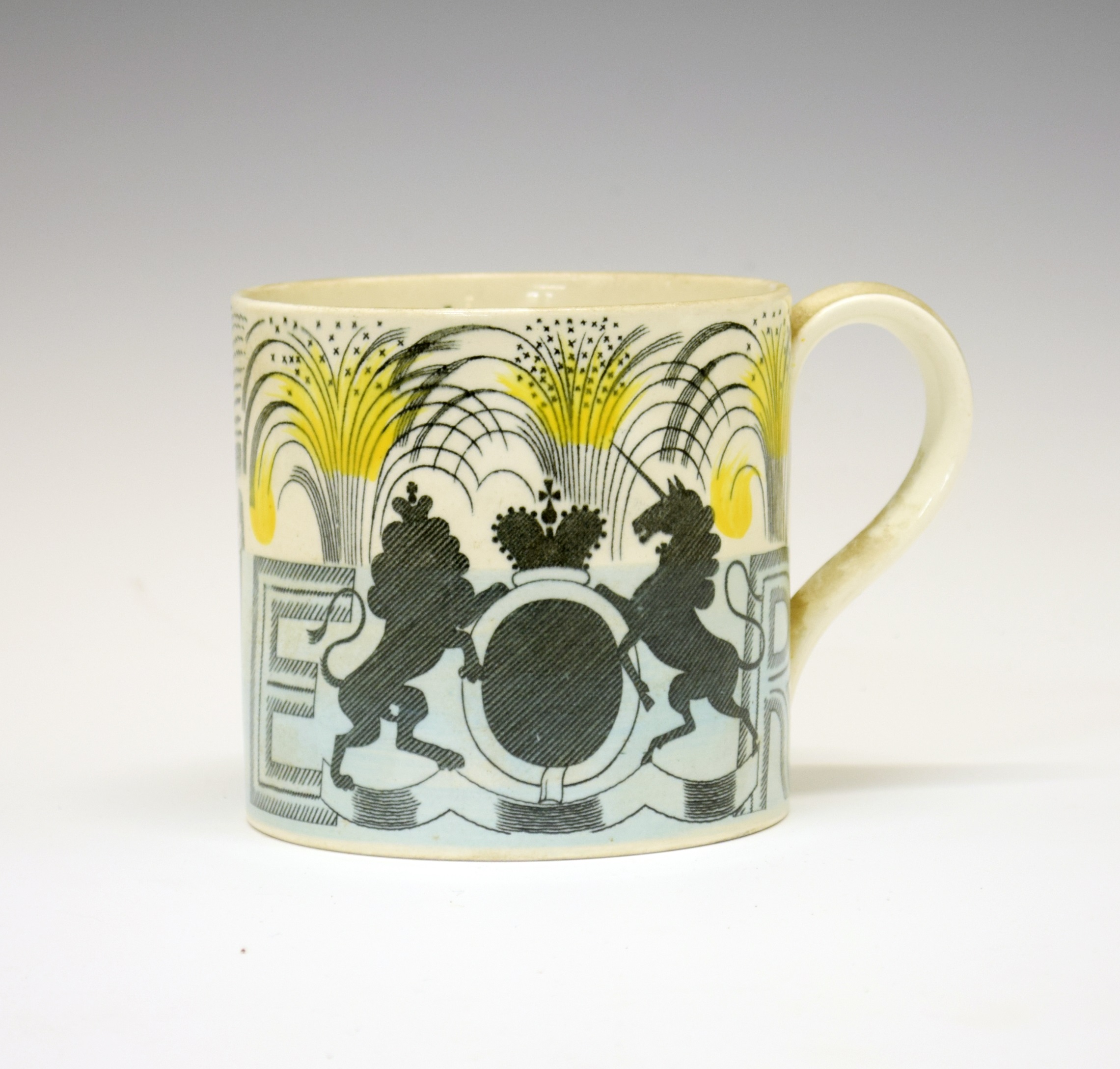