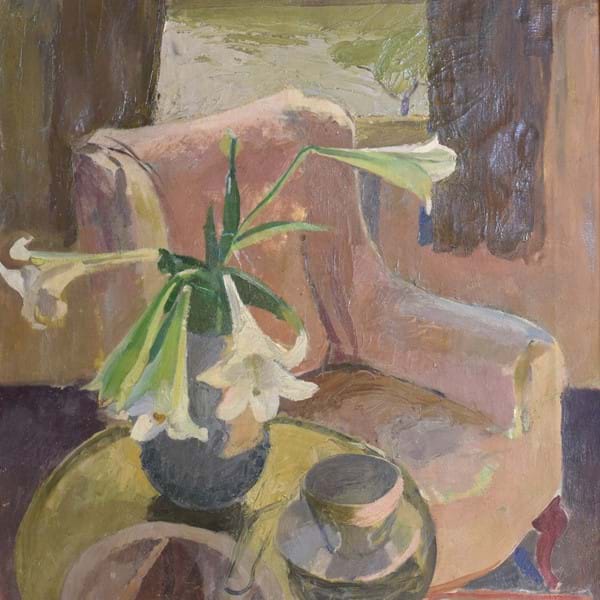 Clevedon Salerooms held their final Quarterly Specialist sale of 2020 on Thursday December 10th at the Kenn Road Auction Centre. Over 600 lots were on offer in the first auction since second lockdown, with pre-bookable viewing prior to the sale but an empty saleroom on the day.

The sale commenced with a selection of diamond jewellery, in perfect time for Christmas. Highlights included a diamond and sapphire ring at £1,900, a two-stone crossover ring at £2,500. A Georgian ‘Lover’s Hearts’ ring was on of the stars of the show as it fetched a triple-estimate £1,600. Top price in the sale was £7,500 for a 2.7ct diamond ring [LOT 7].

The Watches section featured a strong trio of Rolexes. First up was an Oyster Perpetual Datejust Superlative Chronometer, sold for a mid-estimate £3,500. A 1930s military style watch followed, selling for a multiple-estimate £2,200. The best was saved until last as a Prince ‘Brancard’ achieved a stunning £3,700 [LOT 80]. Other watch highlights included a lady’s Cartier Tank at £3,000, two unworn Tudor ‘Black Bay’ wristwatches at £1,500 and £1,600 respectively, an Omega Seamaster Professional at £1,600, a Jaeger LeCoultre Master Control sold for £1,400. Amongst the pocket watches, an 18ct gold hunter sold for a double-estimate £1,500.

The silver section featured a pair of George III silver tea caddies by Langford and Sebille, which almost doubled expectations to sell for £1,500, as well as a salver engraved to prominent Boer War General Sir Redvers Buller. Weighing just 8 ounces, it achieved a triple-estimate £1,300.

The Ceramics and Glass section contained a rare 18th century Caughley Salopian jug printed ‘God Speed the Forge’ (rather than the usual ‘God Speed the Plough’. Whilst the latter sell for around £100, this example sold for a staggering £1,100. Also performing well was a Lalique ‘Amelie’ scent bottle, which doubled hopes to sell for £1,600. A pair of Chinese blue and white jars ‘upgraded’ from a fortnightly sale proved worthy at £1,200, one bid less than another pair of Chinese vases, this time painted with peaches symbolising longevity, which took £1,300.

Collectors’ Items always contains an eclectic mix, and on this occasion the section ranged from a Borneo Dayak paddle at £1,400 and a cased pair of pepperbox revolvers at £6,000 to a family group of samplers from the New Orphan Houses (Muller Homes) in Ashley Down, Bristol. Detailing sisters who entered the orphanage in 1882, the group were consigned by a descendant of the orphans. They sold for £4,000 [LOT 305].

From descendants of the artist and author Kathleen Hale, OBE (1898-2000) came a selection of signed books and paintings. Kathleen Hale became a Bristol resident in later years, and the collection attracted a great deal of interest. Highlights included an oil of the ocean floor with jellyfish at £1,100, the same price paid for a pencil sketch of a young boy. The lot which followed the collection was by Mary Potter (1900-1981), and was from Kathleen Hale’s estate. A Still Life scene, it doubled expectations to sell for £5,500. Four signed L. S. Lowry prints graced the sale, the best of these from a Long Ashton estate. ‘Man Lying on a wall’ exceeded top estimate to sell for £6,200. Three others consigned from Jersey sold for between £1,800-2,800.

The furniture section yielded some strong results. A primitive comb-back Windsor chair exceeded top estimate to sell for £1,300, the same price as the first of four lots of ‘Campaign’ furniture. The other three all sold well above estimate, the best of these a rare box stool which sold for a multiple-estimate £1,800. Top price in the section was an impressive £3,000 for a Danish teak suite by Arne Hovmand-Olsen for Mogens Kold [LOT 566]. The salerooms close on Friday 18th December, reopening on 4th January and viewing for the first sale of 2021 tales place on the 5th and 6th in perfect time for the online sale commencing at 10.30am on Thursday 7th.